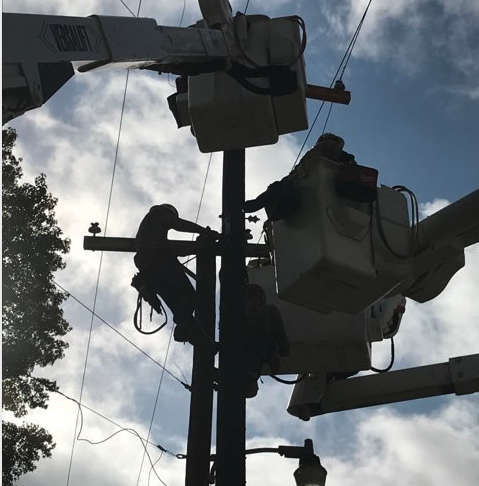 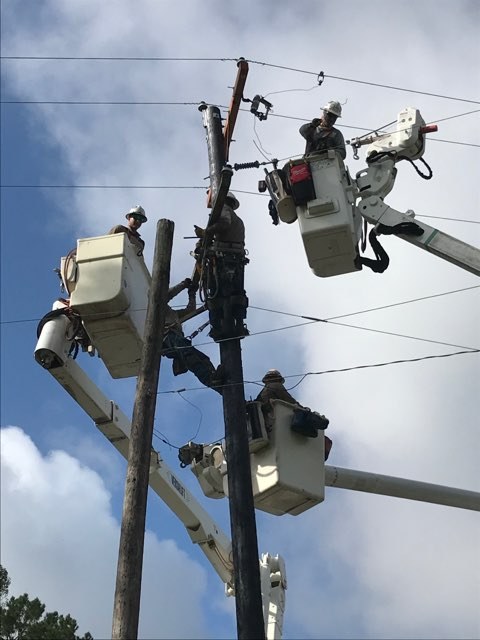 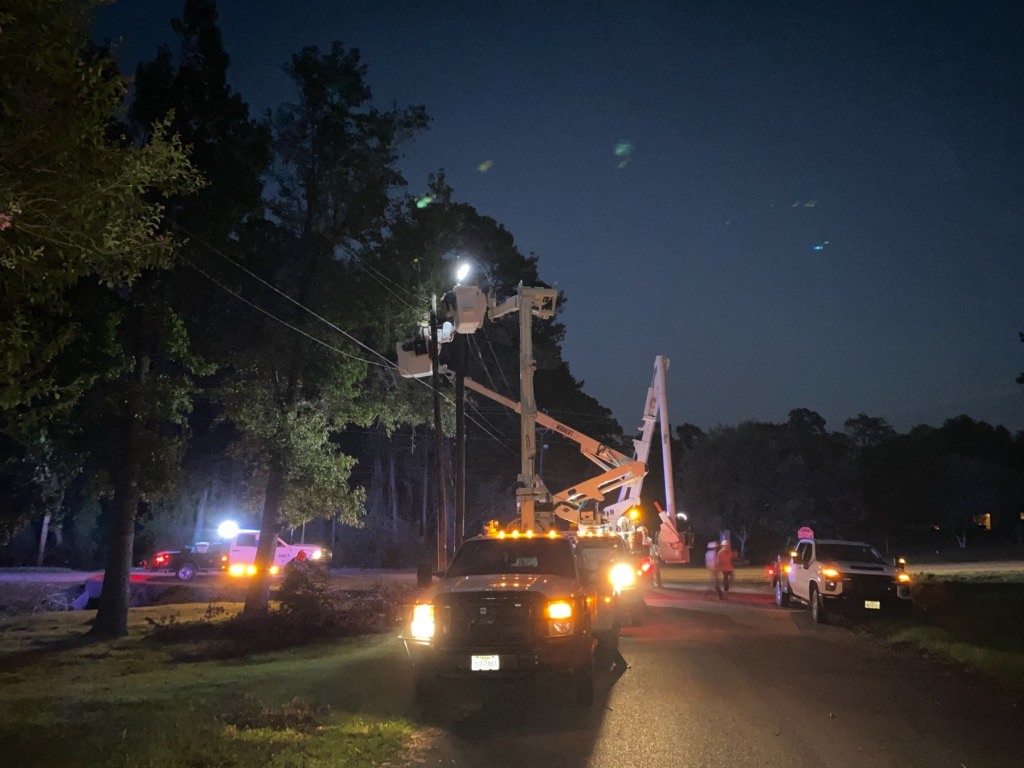 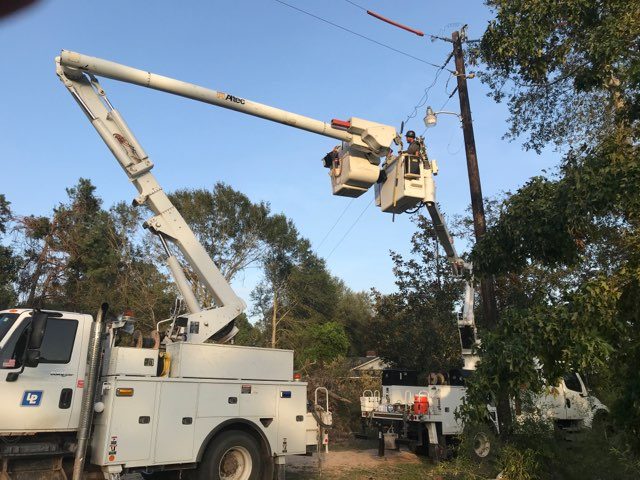 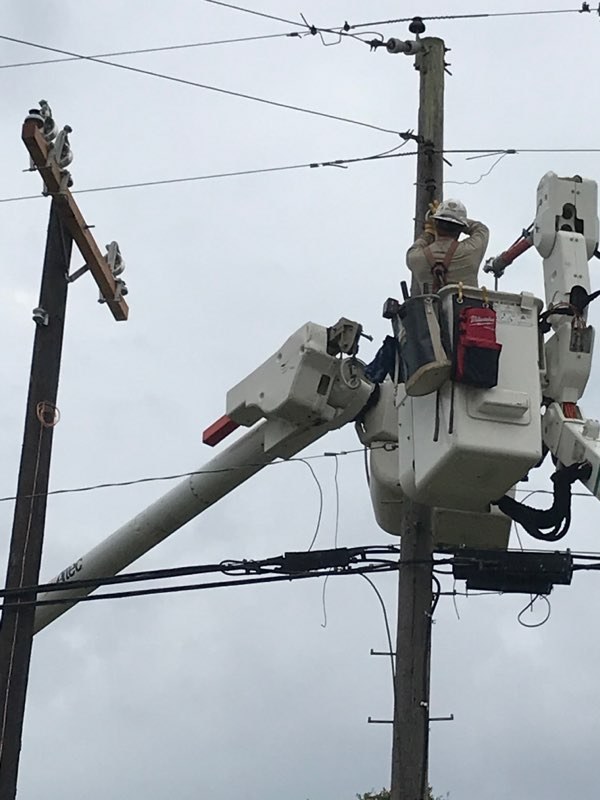 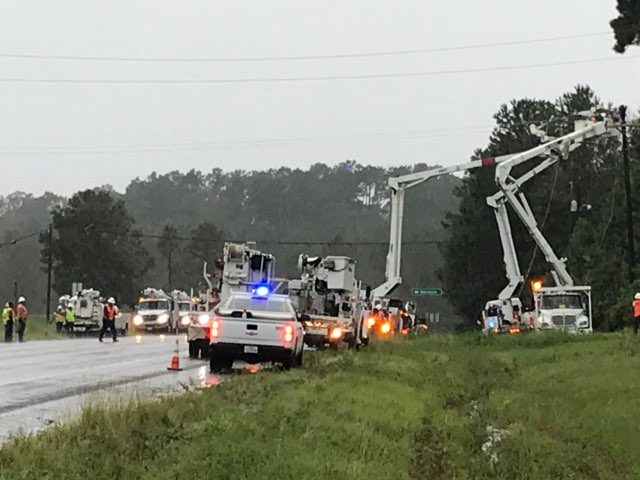 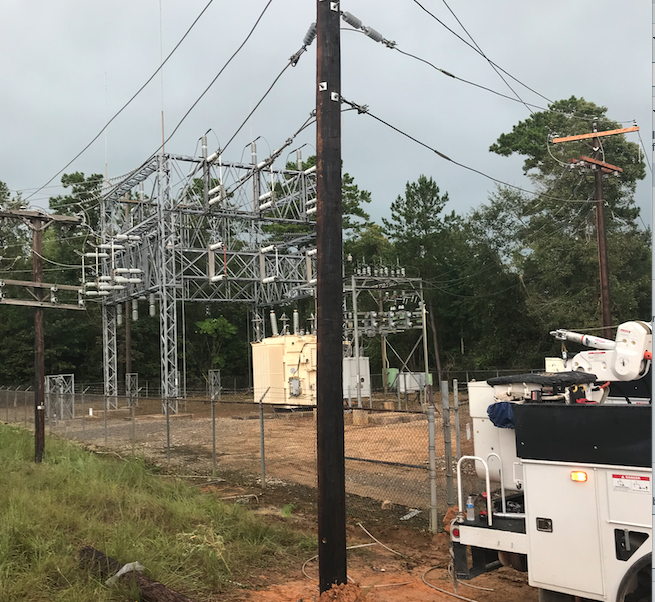 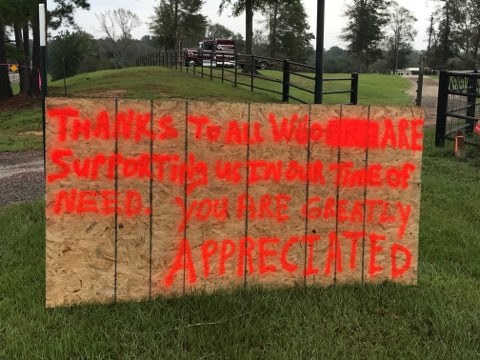 As the storm passed and cities assessed the damage left in its wake, TPPA connected LP&L with the City of Newton, who needed help repairing infrastructure to restore power to over 2,000 residents. Within hours, 11 LP&L crewmembers and 10 vehicles set out on the nine-hour drive headed to Newton. Upon arriving just after 11 p.m., cots and warm meals were already prepared for the crew.

Early the next day, the crews were under the gun. By this point, the entire city and surrounding areas were without power for 24 hours. After a quick and thorough assessment, LP&L Overhead Senior Power Line Foreman Brady Anderson laid out a recovery plan with his crew.

“The damage was extensive, and the one substation powering the entire town was completely out,” said Anderson. “To complete all the repairs needed to get power back on was going to take around 10 days to 2 weeks. We prioritized where repairs were most needed, like the grocery store and nursing home.”

Upon seeing the LP&L team’s expertise and skill, the City of Newton entrusted the majority of the decision-making and prioritization of efforts to Anderson.

Extensive damage like this is always a challenge, but the COVID-19 pandemic added an extra layer of timeliness and precaution. Weather was also an issue, with a heat index of 114 degrees on some days and flash flooding on the others. Several parts of the system were also in harder-to-reach and wooded areas or 1-1 repairs for homes.

The LP&L team put in 16-hour days, replacing over 50 broken poles, repairing hundreds of structures, putting up miles of wire and trimming countless trees. Working alongside more than 100 linemen from three other utilities in New Braunfels, Seguin and Garland, the crews fully restored power to Newton customers in just nine days – earlier than expected.

Throughout the entire process, the Newton community went above and beyond for LP&L, going so far as inviting Anderson to a Newton City Council Meeting to publicly show their appreciation for the team’s work.

“All of the employees and volunteers went out of their way to accommodate us, making sure we had fuel, clean laundry, water, meals and even a pat on the back after very exhausting days,” continued Anderson. “Never in my life have I seen such humble and grateful people. Many of them lost everything, and yet they were still concerned about us and our well-being.”

This was LP&L’s first time working with the City of Newton, and it was one the crew will not forget.

“What can I say? This is a town that took us in and made us feel a little less far from home. They allowed us to bring a little bit of Lubbock’s heart and soul in their time of need,” concluded Anderson. “These were true salt-of-the-earth, help-thy-neighbor type of people. The whole community of Newton will always have a special place in the hearts of LP&L and the City of Lubbock.”

The LP&L team is back home, and the group was honored at a recent Lubbock City Council Meeting.